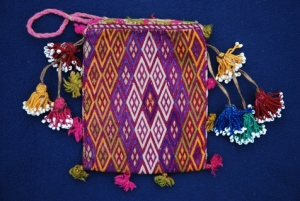 We have the great pleasure to present an interesting cultural hand embroideries project from the German-Afghan initiative (DAI) in V.Freiburg under the administration of a wonderful French woman Pascale Goldenberg born in Paris and living in Freiburg Brisgau with her family.

She is an artist, writer, geologist, humanitarian, professional in the textile field, managing and attending textile and hand made embroideries exhibitions in Europe and on another side traveling to villages in Afghanistan despite numerous security matters in order to deal herself with the local women embroiderers …

This project has born 10 years ago it is named GULDUSI

In Farsi and in Paschto as well – the two official languages in Afghanistan – ‘gul’ means flower, and in Farsi ‘dusi’ means embroidery. 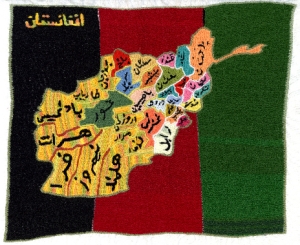 The term ‘guldusi’ is used by the women for all kinds of hand made embroideries or types of embroideries, thus for embroidery in general. Therefore they chose the name GULDUSI for their website. The idea of the project is

Linking Afghan culture with the rest of the world

Many of the women living in rural areas of Afghanistan are highly skilled hand made embroiderers. The aim is to provide opportunities for them to generate an income using their embroidery skills and at the same time hope these projects will help to safeguard traditional hand embroidery skills from disappearing.

The concept is to help these small works of art to become known beyond Afghanistan, to be liked, get inspired by and purchased. When people in other parts of the world incorporate these hand embroideries into their own textile work, two cultures become connected.

While many of the hand made embroiderers in the villages are aware that they are part of a larger world, they have a strong sense of their own national identity reflected in the appearance of maps and flags among the images. Looking at the work the visitor learns about the colors of the Afghan flag and how the name of the country is spelled in Farsi.

HOW HAS THIS PROJECT STARTED?
The villages in Laghmani: 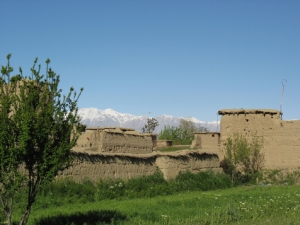 Laghmani consists of a group of several villages and is located approximately 60 km north of Kabul in the Shomali plains in Parwan province. The DAI has been supporting projects in the Shomali plains since 2002, including a women’s center in Laghmani hat offers widows six months courses in dressmaking and sewing. The hand embroidery project was developed within this project.

In 2003, two women who still practiced hand embroidery were employed as teachers for six months offering other interested women the opportunity to learn or refresh the skills. Since then, the women have been embroidering at home in their yards. Their brief was to embroider small squares (8cm x 8cm) with motifs and colours of their choice. Materials (fabrics and embroidery threads) were provided.

In 2004 the first cloth filled with embroidered squares arrived in Freiburg.

In 2005, Pascale G. undertook her first journey to Afghanistan to meet the women.

Find out more about the development of the project in recent years in the travel reports.

All the info on the website
get in touch